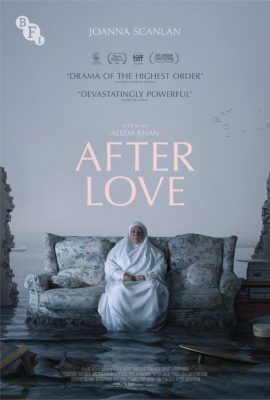 Set in the port town of Dover, Mary Hussain, a white muslim convert, suddenly finds herself a widow following the unexpected death of her husband, Ahmed who worked on cross channel ferries. A day after the burial she discovers he has a secret just twenty-one miles across the channel in Calais. The more she discovers Ahmed’s deceit, the more she wonders about her own identity, how she got here and where she belongs. Joanna Scanlan, the main actor has been BAFTA nominated for her amazing performance in this film