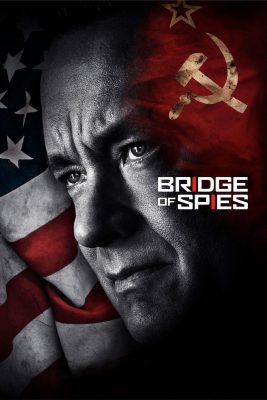 In Bridge of Spies, Steven Spielberg once again masterfully goes to the historical drama with a righteous man’s theme (think Schindler and Lincoln for starters). This time lawyer James B. Donovan is asked to defend an accused Soviet spy, Rudolf Able (Mark Rylance, superb), in order to show the world the American justice system is democratic.
The story is “inspired by true events” with the outline of the exchange of Able for U-2 downed pilot Gary Powers historically accurate. As usual, Spielberg recreates the times with the atmosphere, cars, and film noir aspect of a spy thriller in the figurative and literal Cold War. He said, “I always wanted to tell the stories that really interested me in my personal life—which are stories about things that actually happened.”