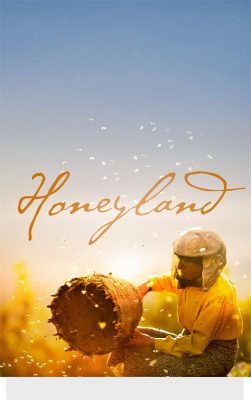 This film is a beautiful and quietly powerful documentary; a portrait of a vanishing way of life and of a determined woman, Hatidze, who is trying to make a humble living harvesting honey from the wild bees in an isolated Macedonian valley.
Hatidze is a remarkable woman, a natural optimist who’s attempts to help her new, itinerant family, neighbours has life changing consequences for her way of life.