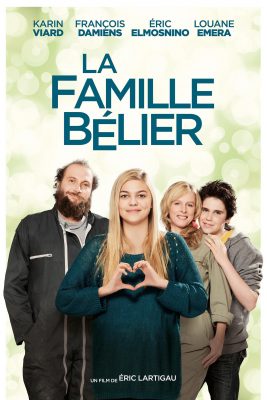 A captivating new star is born in THE BÉLIER FAMILY, Eric Lartigau’s fabulous, heart-felt comedy hit about a young girl whose close bond to her hearing-impaired family is challenged by the discovery of an extraordinary talent for music. In the Bélier family, everyone is deaf, except dutiful sixteen-year-old Paula (beautiful newcomer Louane Emera). She acts as an indispensable interpreter for her parents and younger brother, especially in the running of the family dairy farm. Her salt-of-the-earth father (François Damiens) has decided to run for mayor – spurred on by her vivacious but over-involved mother.