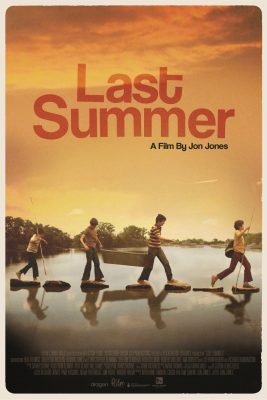 During a long hot summer in the 1970s, four boys roam free through a neglected rural Welsh paradise, until a tragedy strikes that sets them against the adult world and changes their lives forever.
Last Summer, filmed in South Wales is a low budget film, written and directed by Jon Jones, shot over 22 days using a small hand held camera. The young, non professional actors in this coming of age drama give star performances