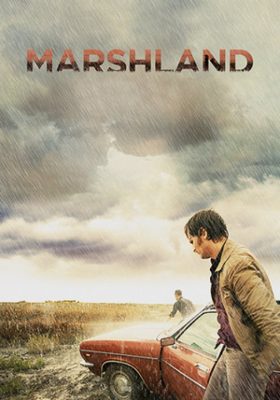 The difference between a good crime thriller and an average one, is often the setting. In the case of Marshland, the surroundings are as important as the plot. The story takes place in a remote part of Spain, an area of treeless plains, lonely marshlands and wide rivers. The inhabitants of the isolated villages are suspicious of outsiders. In this hostile environment, two policemen try to solve the murder of two teenage sisters. Slowly but determinedly, they gather clues and try to squeeze information out of the uncooperative villagers.

Apart from the scenery, the film is also interesting because of the political situation underpinning the story. The film takes place in 1980, when Spain is in the process of becoming a democracy after being ruled for decades by the dictator Franco. One of the policemen, a former officer in Franco’s special forces, still holds on to the old fashioned way of using violence to get things done. The other, a much younger man who embraces the new democracy, has a very different style.

The film is beautifully shot, with some remarkable aerial footage. It’s nice to see that Spanish cinema has more to offer than Almodovar.