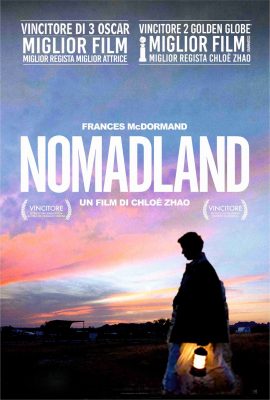 Fern is a widow and former teacher from Nevada who is forced to gather her possessions into her campervan and head off to seek seasonal work. Nomadland is a docu-drama hybrid film about a new phenomenon; America’s 60 and 70 something generation whose economic future was shattered by the 2008 crash. These are people who’ve lost everything and who now find themselves unable to retire or maintain a home, so they have become ‘nomads’. The film depicts the freedom that can be achieved without the burdens of a house and possessions. Although there are hardships, they also find fellow comrades, mutual support and belonging. A haunting and inspiring film.