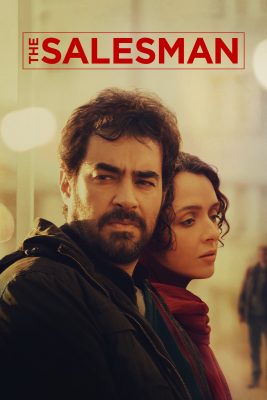 Emad and Rana are a married couple who work in the theatre, currently starring in a production of Death of a Salesman. Emad is also an instructor at a local school. One night, their apartment begins to collapse and they flee the building with the other residents. Desperate to find a place to live, their fellow actor Babak secures another apartment for them, where a female tenant has just moved out. One night, Rana is home alone and begins bathing. When Emad returns, he finds she is missing and the bathroom covered with blood. Rana has been assaulted by an intruder.